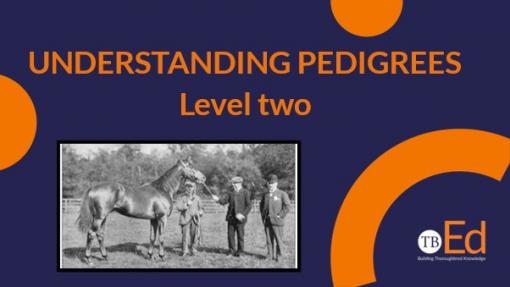 This course will cover several areas relating to pedigrees, such as historical context, how to read a tabulated pedigree, interpreting a sales catalogue, and understanding the pattern and the use of black-type.

Later modules also cover the various traditional breeding selection methods which breeders have used for centuries to base their mating decisions and some of the key considerations which all breeders should make when making mating decision.

The course is delivered by Lydia Hislop.

Written by Joe Grimwade, former Manager of The National Stud and The Royal Studs.